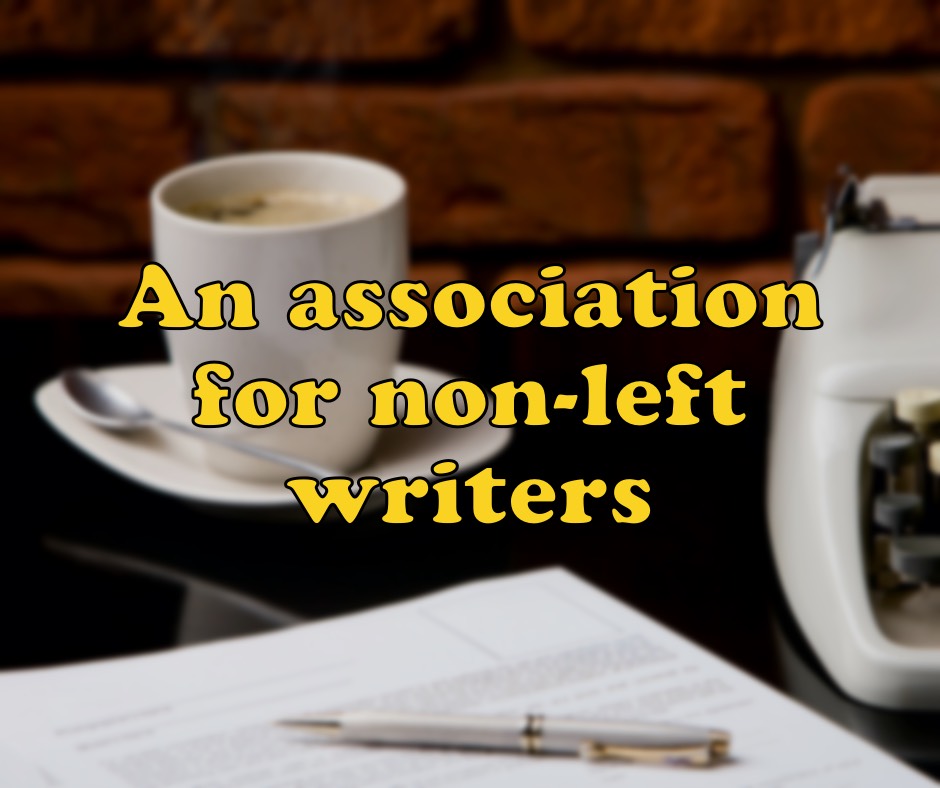 This post began as a letter to one particular writer, but it’s far bigger than that.

This has been on my mind for a while, and when it is, I always think of that article of yours about why seemingly all writers are left-wing.

We need an organization for non-left writers. You might tell me that such a thing already exists, which would be great: I couldn’t find one when searching online. But I suspect what I’m looking for, or suggesting we create, doesn’t exist yet.

Why do we need this? Partly, just for community—in Melbourne, for instance, the writing scene is relentlessly left, and I’m sure Sydney is no different. The only place I’ve found otherwise was in the think-tank scene, and there the main interest is in policy rather than culture. Everywhere else—in the academy, in the arts, and in the media—those who hold non-left views are typically ostracized and shamed for their heterodox opinions. I, for one, often have not known who to read or talk to when I become frustrated with the usual circles and their fare.

Another thing is that I think in some countries, at least, writers’ organizations such as PEN may have dropped the ball when it comes to free speech. I have written to PEN a couple of times asking for an official position on Australian legislation regarding discrimination in speech, and have never gotten a reply. I don’t know whether this is because I haven’t found the right people to write to, or whether PEN finds the question inconvenient. Many of the Melbourne writers I know personally are pro-censorship in this regard, and we know how popular speech codes and no-platforming have become on university campuses in the United States and the UK.

To me, the PEN Charter (pdf) is one of the exemplary statements on free speech and writers’ obligation to defend it. But given the left-wing bias among writers (now including a lot of radical feminism and critical race theory, which perversely enough are two ideologies that verge on being hate movements themselves), it seems no one is willing to highlight the charter’s implications for offensive speech. That is, of course, that while certain positions may be deplorable and should be argued against vociferously, censoring them or punishing their authors, especially through the use of state power, is unacceptable.

Finally, I think that at least for a particular kind of writer, being politically and philosophically engaged is an essential part of the work, and adds to the range of things one can talk about. It is better, at the very least, than writing endlessly about writing. It is hard to be engaged this way alone, and hard to develop one’s opinions in the company only of those who are uncharitably hostile to them.

At first, an organization to remedy this problem might be something as simple as a Facebook group, to collect a list of people that we know, and who they know, that fit the bill. Later it could publish a journal, and hold its own conferences and festivals as a counterbalance to the left-dominated events that exist. And perhaps most importantly, the formal and informal networks that it would foster could help members find publishing opportunities and paid work, and act as a platform for building non-left influence within cultural institutions, which have come to be monopolized by the left.

What would it be called? The Association of… Non-Left Writers? …Right-wing Writers? (That might exclude some, including me.) …Individualist Writers? (Again, that could be needlessly exclusive.)

And who would it include? Here, I suggest, would be the basic rules:

Of course, the organization would have an ideological character. Any one of the beliefs below seems enough, at times, to get the left out to tar and feather you:

You might have others to add to the list. An important thing about this non-left writers’ association would be that even one of these beliefs, combined with the feeling that one does not belong on the left or among left-wing writers, is enough to warrant membership. Above all, this organization should not reproduce the stultifying ideological conformity of today’s dominant cultural institutions.

Writers belonging to this organization would find themselves free to think and speak in a supportive community of practitioners that promotes civility, diversity, and the ability to choose one’s own opinions and form of life.