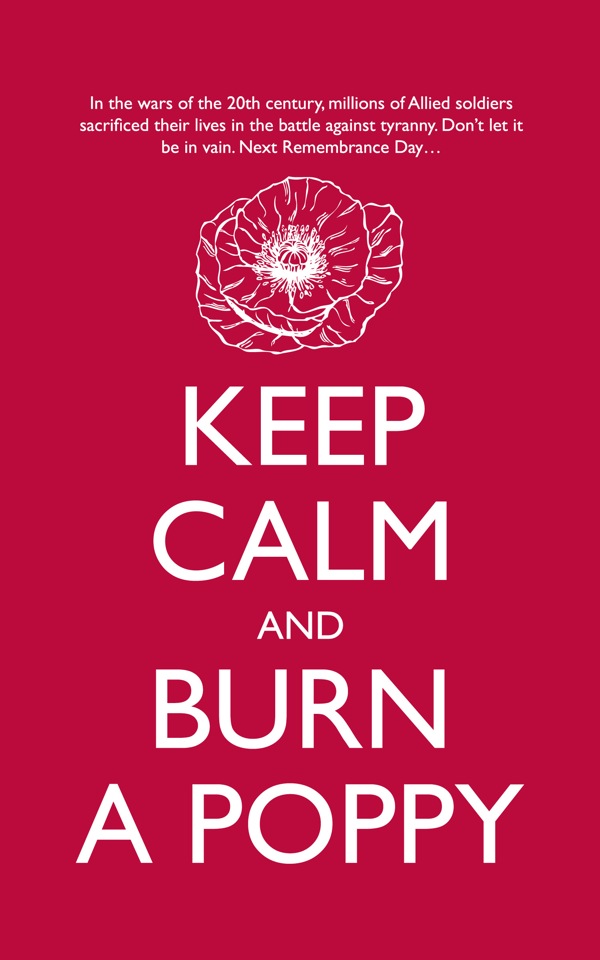 At 9pm on the evening of this most recent Remembrance Day, 11 November 2012, Kent Police arrested a 19-year-old man for posting a picture of a burning poppy to his Facebook account, and held him in cells overnight for questioning.

Ally Fogg of the Guardian writes that this is the latest instance of a new tyranny of decency in the UK:

The new tyrant is not an oligarch or a chief of secret police, but an amorphous, self-righteous tide of populist opinion that demands conformity to a strict set of moral values. What we are seeing has less to do with the iron heel than with the pitchfork.

Those who Remembrance Day honors did not lay down their lives for such a society. Now causing offense may be a protest that claims the freedom to speak, we may perversely pay our tribute to the war dead by burning our poppies instead of wearing them.

Next Remembrance Day, burn a poppy.