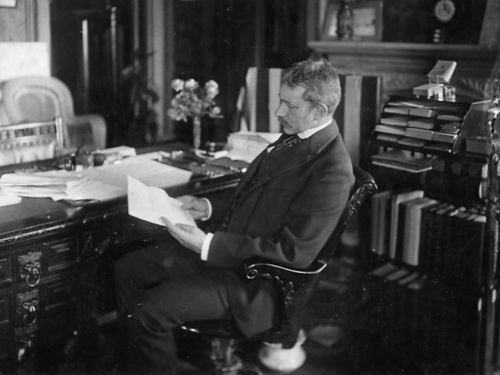 I’m about finished my third book, Seize the Girl. It’s time, then, to organize my first ever round of “beta reads”, where those who’ve reviewed my earlier books or written to me about them get to shape the final release.

As I’ve prepared for this, I faced the question—what collaborative reading software should I use?

I had two major requirements for whatever I chose:

In what follows, I’ll start out for explaining why I picked the winner, but also give a list of the alternatives that didn’t make the cut, and tell you why.

This one was a real surprise.

Never heard of A.nnotate? Neither had I. But it comes so close to delivering what I want that it became my top pick.

A.nnotate isn’t free, as my ideal service would be, but the way it charges is simple, and fair for my readers: there’s a small conversion fee for documents, based on the number of pages they contain, and those documents can be shared with anyone—your collaborators don’t have to pay. It’s also the only thing I’ve found that realizes my dream of collaborative commenting on a PDF. You can highlight text, add comments, and reply to comments you or others have made.

Take a look at a sample document available for commenting on my account to see how it works.

Once you’ve collected comments with A.nnotate, you can export the PDF with those comments on it as a new PDF for download (see an example here.

A.nnotate even mostly works on tablets. In Safari on my iPad, I couldn’t select and comment on text ranges, because holding your finger down opens a context menu—but I could tap to highlight a single word and then comment from there.

If A.nnotate’s interface were more modern (it reminds me a little of Mac OS 9), and if it offered an app for tablets, it would be even better.

I’ve been using Google Docs for years now, and often use it to work on client manuscripts at my editing business, Hourigan & Co.. This was the software that first introduced me the idea that comments could become a discussion, instead of just standing alone in their author-specific bubbles. These days, I can’t do without the ability for users to reply to an earlier comment.

Docs almost won the day for a few reasons:

So why did it lose to A.nnotate?

Among other things, I do typesetting work for my clients at Hourigan & Co., and I would have loved to let people read and comment on a fully laid-out PDF that mirrors what my printed books will look like. Google Docs (or rather, Google Drive) only has a rudimentary PDF reader, which lacks commenting features.

Google Docs also slows down unacceptably when you load long documents in the browser interface, something A.nnotate is able to overcome because it only loads a page at a time.

Though things are better for Google Docs on the iPad, there are still long load times for the full manuscript, and occasionally the app will seem to lose connectivity, such as when you’re at the bottom of the document and you tap the top of the screen to scroll instantly to the top. To get around these kinds of issues, I might have considered splitting the manuscript into about ten chunks of 10,000 words each, which I would strongly prefer not to do.

It’s testament to how much better Google Docs was than the competition in other aspects, because this is a serious deficiency that would have instantly put any of the other solutions mentioned below out of contention. As it is, I will make the manuscript available to beta readers on Google Docs as a second option that they can play with if they like.

So, what else did Google Docs and A.nnotate beat, that I might take a look at again in future?

After the demise of Editorially, Draft is now arguably the leading minimal, plain-text document editor on the web.

I write in Markdown, and Draft will let me paste my entire manuscript in for people to look at, without first converting it to another format—something I’ll have to do to use Google Docs effectively.

Draft also has a pretty good interface for commenting, including allowing the ability to reply to comments. It makes it easy to share documents with other users.

But Draft got disqualified first because there’s no lean-back experience. I couldn’t figure out how to make a comment using touch controls on my iPad, and the user interface really breaks down on a phone.

Also, though Draft initially seemed to perform spectacularly in handling the length of the manuscript, what happened later gave me less confidence.

I pasted the full 108,000 words into Draft using Firefox without the browser freezing, and commenting worked fluidly after that. But sitting down at the bottom left corner of the screen remained a little “OFFLINE…” message, which never did go away. When I reloaded the page hours later, it turned out the document was still there, but the “offline” error has diminished my faith that I can trust Draft to do the job.

And though I love Draft’s typewriter aesthetic, I suspect it might be too bare for some readers: it doesn’t offer a lot of visual cues to distinguish between different document elements (headings, quotes, etc.) I also worry that since it doesn’t offer a document map or interactive table of contents, Draft may make it too difficult for readers to navigate the long manuscript.

Draft is often updated with new features, so it’s possible that by the time my next beta reads come around, it’ll be ready to use. Definitely worth keeping an eye on.

Microsoft recently released applications for its office suite for iPad and Android. Though these are arguably years late to the game, the consensus on the web is that Office for mobile is pretty great. I’m no fan of Office generally, because it teaches people bad document formatting habits (Microsoft: please hide explicit formatting controls by default and force people to use styles!), but overall it has the best reviewing and change-tracking features on the market, and as an editor, I can’t do without it.

Since Office has added a web client, and increased its support for non-Windows tablet devices and cloud storage, it could well have won the day here. But I didn’t use Office for these reasons:

Perhaps later on it will become clearer exactly what Office 365 can do, or I’ll pay for a subscription for a month or two and test it out myself. In fact, I’d have loved to do the latter, but when I tried to buy an Office 365 subscription from my iPad, the app told me the service was currently unavailable. Fail.

After discovering Acrobat’s “shared document review” feature on the Adobe website, I thought it might let me do what I really wanted: let people comment collaboratively on a PDF.

It still seems that there might be some way to make this work, at least on the desktop. But when I tried to invite myself by email to a shared document review, I found that clicking the link in my email on my iPad took me to an “Unsupported browser” message, and the document failed to show up in the Acrobat.com section of the reader app.

The functions I need are clearly there in Acrobat, somewhere. It’s just beyond me how I’d ever get anyone else to figure out how they can use them.

Apple’s replacement for Microsoft Word is constantly trying and failing to seduce me. Of all the graphical document editors I use on my Mac, it’s by far the most fluid. But it won’t deal with Word files natively (you have to import and export them), and I have a host of other minor grievances to do with change tracking, styles, lack of a document map or similar, etc.

Nevertheless, I was optimistic that Pages might be what I needed here. For one thing, it offers a great lean-back experience.

But it offers that experience only on Apple devices. If anyone on my beta readers list uses an Android phone (as I do) or tablet, they’ll be out of luck. Sharing the document online using the beta version that’s part of icloud.com can only be done by giving out a publicly accessible (if private) URL, and the web version that desktop users would need to use to collaborate doesn’t yet allow you to add comments.

When iCloud.com’s version of Pages is complete, it may give me what I need. I’ll keep it on my radar.

The most concise explanation of Zoho Docs is unkind: it’s is a clone of Google Docs with less polish, that’s a few revisions behind its competitor in terms of features and user interface.

Online, Zoho Docs allows replies to comments, which was important to me. Its PDF support doesn’t allow commenting on specific bits of PDFs, which was disappointing, but fairly standard for online services that offer any kind of PDF support.

Also, it surprised me that the iPad app for Zoho Docs doesn’t appear to allow the user to edit documents, only to view them.

Pasting 108,000 words into Zoho Docs in Firefox caused it to hang with an “unresponsive script” warning, though it did eventually recover and after that scrolling seemed okay. Adding comments was acceptably responsive. On the other hand, loading the document on the iPad took an unacceptably long time. I stopped counting at over a minute, and eventually the device went to sleep without any of the document text ever having appeared.

I don’t really expect Zoho Docs will ever be good enough for beta reads—but you never know.

Here are a few services I excluded quickly without having to do an in-depth evaluation.

Very soon, my beta readers will start getting invitations to preview my next book in A.nnotate and Google Docs. The application landscape shifts rapidly, and by the time my next book is ready for the same process, I may have to re-evaluate my choice of reading platform.

If you’re organizing beta reads or any kind of collaborative reviewing process, I encourage you to check out the applications in this list. If you’ve got different suggestions, or a different take on any of these applications, I’d love to hear from you in the comments.