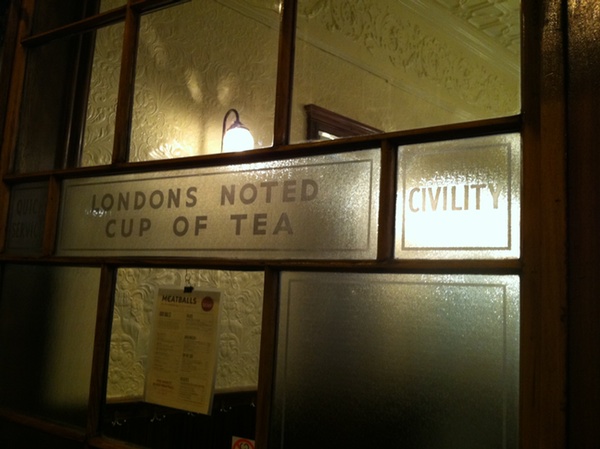 The below is an extended response to an interlocutor on Facebook, in relation to the question why I would suggest that “check your privilege” is an instance of ad hominem when I purport to be against racism and sexism.

For context, a screenshot of the thread is here, with apologies to those whose contributions I forgot to expand and the eloquent commenter who came after I had blurred out everyone’s names and avatars except for my own.

Because “check your privilege” is ad hominem, and…

You may view this as old-hat, but I started my political life as a Marxist and anarcho-communist. The position there was that hierarchy is a pervasive issue and that it is addressed through universal human solidarity (albeit, Marx and Engels are pro-class-warfare). I retain this belief. But I find there are holes in the ideology, and holes in the community.

You, when you attack people on the basis of sex and race, instantiate at least one of those holes–Marx and Engels in The Communist Manifesto write that any tool that can be used in class struggle should be. This, I believe, or an attitude inspired by it, is used as a justification for the incivility you and others exhibit and justifies unlimited extension of state power in totalitarian and murderous regimes such as those that developed under Stalin and Mao.

When I began to investigate these holes, I was effectively told (as an academic) that it was not permitted, and social pressure was applied to me that made me understand I was unwelcome in my department–which was supposedly a place of free enquiry. This in particular, the insinuation that it was not permitted me to enquire, led me to be increasingly suspicious of, and ultimately reject, orthodox Marxism and the identity politics that succeeded it.

I turned to classical liberalism as a universally applicable doctrine, which permits personal space outside the realm of politics, and whose proponents, I found, were far more likely to be unremittingly civil, to be friends with people whose ideas differed from their own, and to argue carefully in favor of their positions. It was after several years of being encouraged to consider this as an alternative position that I took the emotionally wrenching step of considering myself an adherent of an ideology whose supporters I had previously considered, without any knowledge of them as people, to be personally and morally vile. I had taken this view largely on the basis of dogma.

In the company of classical liberals, who include women and people of color–as they properly should–I participated in and witnessed many constructive policy debates about how to better the circumstances of disadvantaged people, free of the politics of resentment which you, X–, and other proponents of the “check your privilege” approach, often seem to subscribe to. I have no doubt that those discussions have had far more positive effect in terms of improving disadvantaged people’s material circumstances than the insults you have subjected me to in the two pieces of contact we have had, and the insults you may continue to subject people such as myself to in the future.

In the several years that I have been out of my department, I found I was able to forget about Marxism and identity politics. However, returning to the fray as a novelist and as a participant in amateur philosophical discussions around Melbourne (including here on Facebook), I find myself again troubled by incivility, and the popularity of the politics of resentment, reverse racism, sexism, and discrimination on the basis of orientation, and by the lack of appreciation for free speech and enquiry, in the intellectual community of which I am a part. I believe these things are antithetical to the cause of equality and, I hope, liberty, that we both consider valuable. Certainly, they are dangerous in the extreme to a mutual appreciation of one another’s humanity.

I am trying to work out how to address this problem, and I will admit that in cases my approach involves hyperbole or simplification, which I generally deplore. I follow Nietzsche in claiming it can be courageous to be a hypocrite by holding a high standard and then failing sometimes to live up to it.