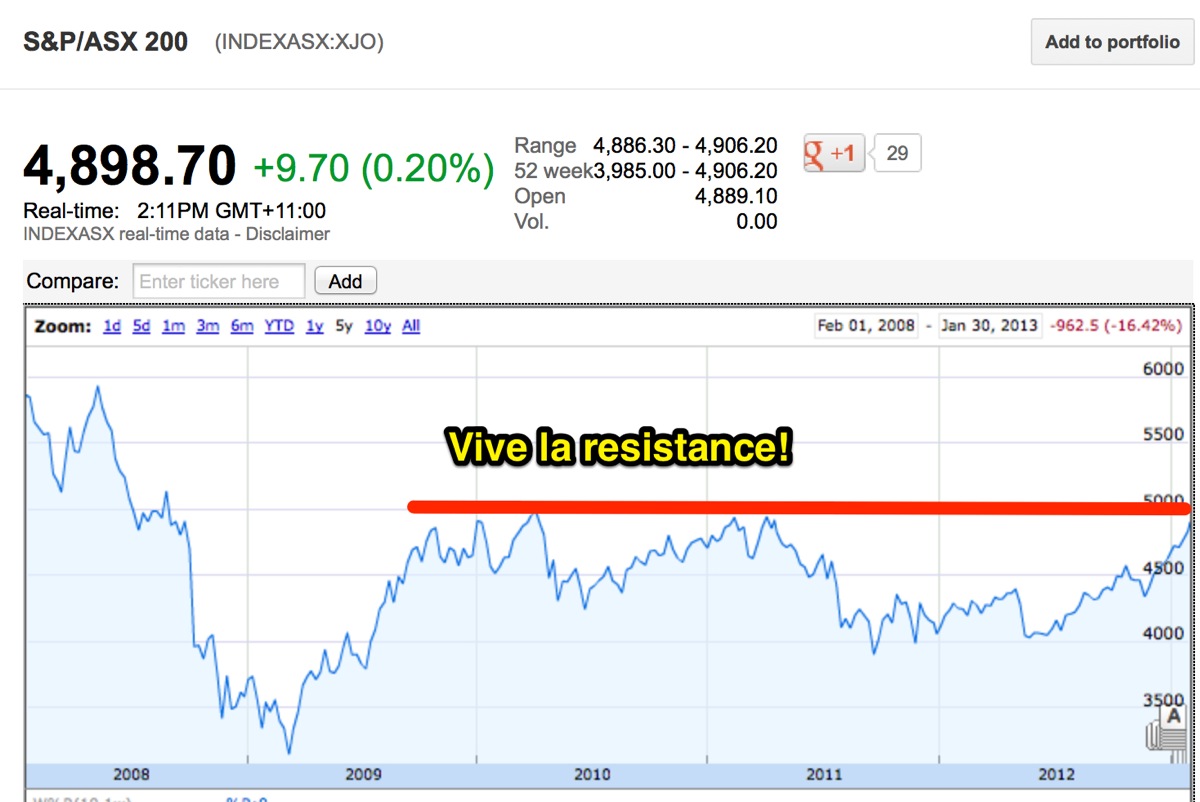 So, I’m a novelist but I also went to business school and think about money sometimes (okay, a lot of the time). At the moment the S&P/ASX200 (AXJO) is pushing up towards 5000. The last times it did this, in April 2010 and Feb—April 2011, it kept encountering resistance and ultimately fell back down. As recently as May 2012, it was only at around 4000. Sentiment in the economy is still relatively bad, so I’d bet on it failing at around 5000 and falling again. Anyone else have an opinion on this?