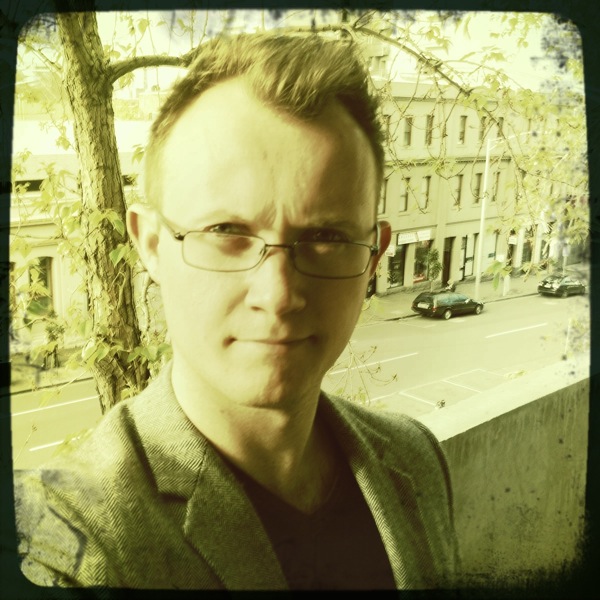 Fellow Melbourne novelist Justin Wooley tagged me in his instalment of the author chain blog The Next Big Thing. The concept here is that authors answer ten question and then pay it forward by tagging more authors who continue the chain. If you follow it forward or back, you can discover some great upcoming authors, and learn about what they’ve got coming up. In my instalment, I look back on Kiss Me, Genius Boy and talk about its upcoming sequel.

1. What is the working title of your book?

At the moment it’s called My Generation’s Lament, which is the second volume of a three-part series called No More Dreams.

2. Where did the idea come from for the book?

The series tells the story of Joshua Rivers, a former child prodigy, now in his early twenties, who had a dream when he was twelve that he believed showed him the woman he was going to marry. When Joshua finally meets this woman, whose name is Ellie Denmark, he finds she’s married to an old friend of his, and resolves to steal her from him. In episode two, we’re looking at the months leading up to Joshua’s meeting Ellie, and at his involvement in academia and student politics around the time of the protests against the second Iraq War.

I got the core idea by having a similar dream myself. When I was about twelve, I still believed in magic and destiny and so on, and I thought it was perfectly plausible that such an exceptional person as I believed I was would dream of such things, and be awarded glimpses of the perfect future so they could work towards it. Of course, as an adult I know (or believe) this is ridiculous, but what if I hadn’t changed my mind? What sort of person would I have become, and what sort of life might I have lived?

In reality, many people still dream (daydream, at least), of perfect futures: they believe they know the shape of utopia, and they’ll do terrible things to make it real. I’ve made Josh a sort of political utopian as well, so through these twin interests of his, in the perfect world and the perfect love, I get to explore the danger in those dreams we make so much of.

3. What genre does your book fall under?

In a quiet voice that I hope no-one will hear, I will say “literary fiction.” But I think it is more entertaining than many things that go by that name. People tell me that they appreciate the humor in my first book, Kiss Me, Genius Boy, and that they are interested in what it has to say about love, that they like the sex scenes, and that they love the character of Lilian Lau, Josh’s outrageous, nymphomaniac lover.

So I would really prefer, in some ways, to be thought of as a romance writer, though my books are deeply skeptical about love. I think the world is secretly quite skeptical about love, in spite of all the common platitudes, but it goes on nonetheless, and my stories are about the fucked-up ways in which I think love really works a lot of the time. 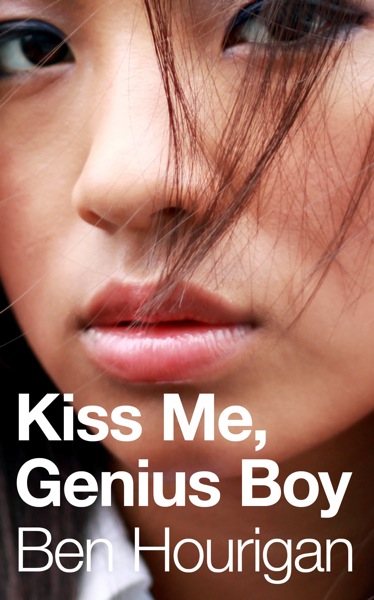 4. What actors would you choose to play the part of your characters in a movie rendition?

For Joshua, I think Joseph Gordon-Levitt–in his petulant 500 Days of Summer mode–would be great.

And for Ellie, I’d cast Michelle Williams, who in her Dawson’s Creek, my late teens, was basically my ideal girl.

Of course, this is all in the fantasy world where your book gets made into a blockbuster with A-list actors in leading roles. A far more likely scenario is something like Clerks, where I shoot it myself on an iPhone with friends and acquaintances starring.

5. What is the one-sentence synopsis of your book?

Romantically caught between his girlfriend, his nymphomaniac lover, and a virgin student, a young academic with unrealistic dreams of grandeur waits for his destined love to appear, in the days leading up to the second Iraq War.

6. Will your book be self-published or represented by an agency?

Like Kiss Me, Genius Boy, My Generation’s Lament will be self published with Smashwords, Amazon, and Createspace. I have a small label called Nameless Books that has also published friends and clients’ work, and I’m increasingly comfortable with the process.

Once the whole trilogy is out, I will probably seek traditional representation, but it seems much more likely that if I ever make a living out of writing, it’ll be as an indie author. There’s also a small but growing list of writers who’ve hit it big in ebooks and gone on to get excellent deals with traditional publishers: I’m thinking here of Amanda Hocking and E. L. James, particularly. As far as those who’ve been traditionally published and then gone indie, J. A. Konrath is a great inspiration.

7. How long did it take you to write the first draft of the manuscript?

It’s embarrassing to say this: to write the whole of No More Dreams (which exists, in its totality, as a first draft) took me about twelve years. I count this from the time I sat down, at sixteen, in my first year of university, and began with the core idea of the boy who dreams of his perfect love, in one of those black and red notebooks that you can’t buy in newsagents here anymore (these days I write on Moleskines and using iAWriter).

But most of that was false starts and procrastination. From beginning to end, the manuscript of No More Dreams as it now stands, which is something like 180,000 words long, took four years to write, and it’s now been almost as long in redrafting and learning the self-publishing game–both of which are far harder work than I initially estimated.

If I were to say my present life had one great tragedy, it’s that between my dayjob and the small business I run on the side, I don’t have enough time to get this work out faster. If I have any special mission on this earth: writing is it. I feel like I’m shirking my duty.

8. What other books would you compare this story to within your genre?

I don’t have a lot of perspective on this, so I’ll tell you what my readers have said it reminds them of. I’ve heard a few times that people are reminded of The Catcher in the Rye, and more recently that a reader thought of The Perks of Being a Wallflower. To be compared to Salinger, particularly, is extremely flattering. One test reader said part of My Generation’s Lament reminded her of Jeanette Winterson’s Oranges are Not the Only Fruit.

9. Who or what inspired you to write this book?

I started reading very young. I read The Hobbit in the summer before I started primary school (one of the many autobiographical details that appear in the novel). So I’ve essentially loved books all my life, and since I was about eight years old I’ve tried to write things, because I thought that being a novelist was the best and most noble thing that I could do. I also thought it would be a good way to get rich, which so far has proved a dangerous misapprehension.

Somewhere between then and now, I turned into someone who has an absolute compulsion to write: whose head is full of ideas for stories, who can’t stop scribbling, creating new files, notes, projects … a total graphomaniac, whose struggle is really to put this output into some kind of sustained, coherent form that people can enjoy. This, I think, is the better way to be, compared to wanting fame and riches: to work for the work’s sake alone. This one of the core teachings of every spiritual doctrine that I consider to be worth anything: abandon all hope of results, and act for action’s sake. It’s something you even see Oprah talking about.

10. What else about the book might pique the reader’s interest?

One reader, a friend of mine, told me that Kiss Me, Genius Boy was “surprisingly erotic,” and there’s one beautiful sex scene in My Generation’s Lament that test readers have particularly enjoyed. That was a nice surprise–the conventional wisdom is that it’s very easy to get sex wrong. Maybe it’s because writers feel they have to add an aesthetic veneer to what’s actually a very simple matter. I remember my year twelve Lit class all having a laugh about Michael Ondaatje describing a penis “sleeping like a seahorse” in The English Patient, which is clearly ludicrous. I dislike intentionally fancy imagery, and I think many readers also find it cloying.

It helps, with the eroticism, that I have at least one very sexy character, in the form of the nymphomaniac Asian-Australian artist Lilian Lau, who has been Joshua’s lover since his teens, in spite of not believing in love or fidelity. She’s fierce, and daring, and a little damaged, and many readers think she alone is worth reading these books for.

Another thing: my work infused with a lot of wit and dark humor, particularly in the dialogue. It flatters me to hear people tell me that, as well. I hadn’t, particularly, aimed to be funny, but things turned out that way regardless. I do intend for my books to deal with serious matters, but I think that’s relatively pointless if you don’t simultaneously entertain. Every time I hear that someone has enjoyed my work, that’s the best reward I currently get (still waiting on those millions).

Thanks to Justin Wooley for tagging me in the Next Big Thing. For my part, I’m going to tag another indie author, so please meet Paul Western-Pittard, author of the psychological thriller Undreamed. His own installment in this series will be up shortly.