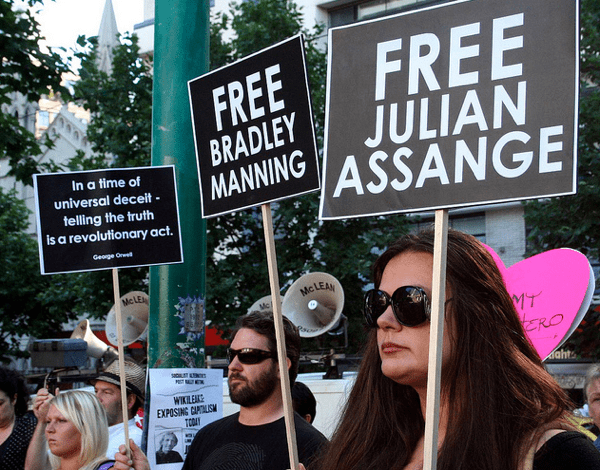 Followers of the Wikileaks saga will know that Julian Assange was last night granted political asylum by the government of Ecuador.

Today on Facebook my friend Tim Wilson writes, “I agree the UK shouldn’t revoke an Embassies’ status, but I don’t understand why we should turn a blind eye to allegations of rape?”

Unsurprisingly, this sparked some controversy. Like the question of whether global warming is caused by human activity, whether you think Julian Assange should stand trial to rape seems to be one of those issues where the position you take speaks mostly about your membership of a community of feeling.

As someone who tends towards anarchism in their political philosophy, I’m inclined to want Assange protected. I know governments have reasons for keeping secrets, but I don’t believe there’s much good in government.

So, why should we turn a blind eye to the allegations of rape?

Well, first, I don’t think we should. It’s reasonable that he stand trial if an accusation has been made, and it’s also reasonable that the trial be fair, as we expect all trials should be.

Here’s the problem:Â there’s a suspicion that the allegations are trumped up and will be used to force an extradition to the US.

So while I think Assange should stand trial, I also think (more than usual) arrangements should be made to ensure that the trial is fair and that none of this is used as a pretext for extradition to the US.

Also, even if Assange is found guilty, even if he isÂ guilty, could it be thatÂ the importance of Assange’s work in bringing governments to account Â outweighs the other ill that he has done? Is the general good served by imprisoning Assange for any reason? I find this a tough call. Others may not.

In the meantime, how’s this for a compromise in the standoff between Britain and Ecuador:Â Assange agrees to stand trial in a Swedish court hosted on Ecuadorian soil, provided that he is allowed to travel there to take advantage of his asylum and avoid extradition to the US. Britain lets him leave on these conditions.

If not, someone might have to bust him out of that embassy in a helicopter.