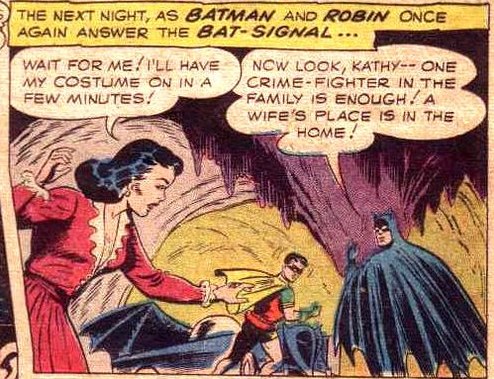 Earlier this week, _The Age_ published an article by Bettina Arndt [on women in the workforce](http://www.theage.com.au/opinion/society-and-culture/combating-myths-of-womens-work-is-a-fulltime-job-20111122-1nsqm.html). Arndt is a clinical psychologist specializing in sex therapy. She is now, better known for being a commentator reviled by feminists, as I discovered when some of my Facebook friends started angry tirades against her, branding her as a misogynist and (in an unjustified slur) an apologist for wife-beaters. In this case, Arndt is branded a woman-hater because she favors claims that “most women choose to structure their working lives around family responsibilities.”

I’ve been thinking about this issue of misogyny a bit, recently. In the past few years I’ve been acquainted with a few women and circles of women who describe themselves and identify very strongly as feminist, and in some of those people and circles, people are often accused of misogynist behavior or of holding misogynist beliefs.

This has often puzzled me, as I took the term literally to signify *hatred* of women (of women in general and of particular women *for being women*). I do know a very small number of men who do hate women in this literal way, often for perceived wrongs done them by particular women in the past (usually in matters of love). But I consider a pervasively woman-hating attitude largely dead in the West. Oddly, we often tolerate the existence of profoundly woman-hating societies, in the Islamic world particularly, on the grounds of cultural relativism.

In the Wikipedia entry on [“Misogyny,”](http://en.wikipedia.org/wiki/Misogyny) there is extensive discussion of genuine misogyny throughout premodern and early modern history that baselessly ascribes negative attributes to women, notably inferior mental capacity.

But today, the term misogynist is “frequently used in a looser sense as a term of derision to describe anyone who holds a distasteful view about women as a group,” says Wikipedia, in its final section on misogyny, labelled [“Feminist Theory”](http://en.wikipedia.org/wiki/Misogyny#Feminist_theory). So, what we have is a group or individuals that identify with a particular identity-political ideology attacking those whose views they find disadvantageous to their ideological or political interests with the slur, “you hate women.”

“X is misogynist,” then, may mean little more than: “X is against a particular brand of politics and ideology.” It would be better if this were said openly, as to call someone a woman-hater in this context is, very likely, no more than a scurrilous lie.

Objecting to Arndt’s claims that women when viewed as a group have different life and career preferences to men seems based on an insistence that to be of equal value to men, women should make not different, but *identical* life choices to men. Specifically female patterns of behavior are viewed as inadequate. How’s that for woman-hating?

Personally, I love women. I don’t know about Bettina Arndt, but I suspect feminists who bandy this term *misogyny* about because they can’t stand the idea of female difference are the truer misogynists.

Update 23 February 2011: this post has made it to the In the news page of Bettina Ardnt’s own site. Flattered.