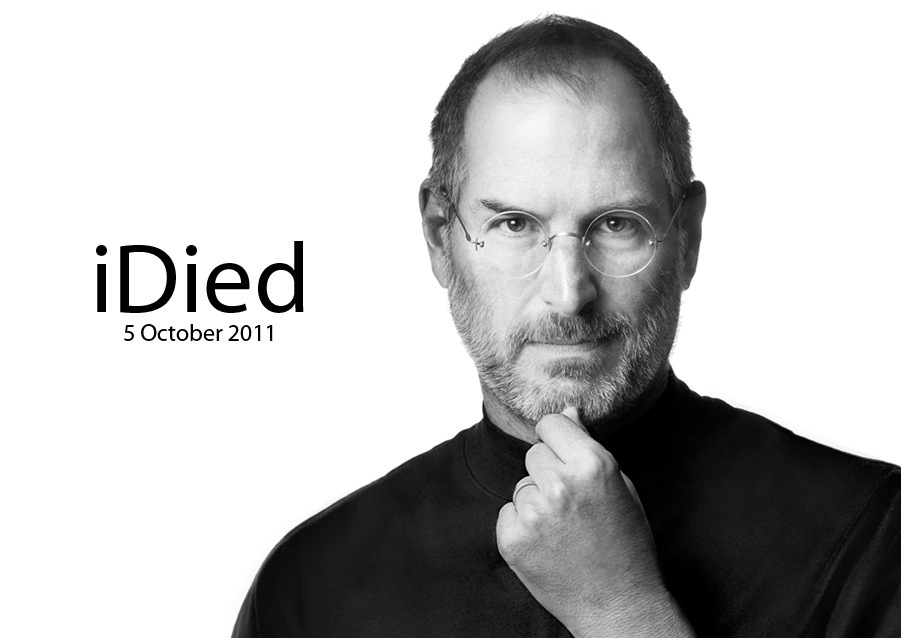 Sad news today. Steve Jobs, co-founder and formerly CEO of Apple, has died of cancer after a long battle. There’s not much more that I can say other than to make the joke above, which I’ve been thinking about for a long time. With my love for absurdity, if I were Steve I’d have used “iDied” as my epitaph.

That the joke can be so easily understood is testament to the man’s impact. Of course, I’m writing this on a Mac. I’ve been using computers since I was five, and without question the Apple machines and operating systems produced since the arrival of Mac OS are the finest computers I’ve ever used. Apple has made good design and usability a benchmark feature of computing devices, and made the power of IT truly accessible to the masses. I wrote [my first book](http://j.mp/q1dUzv) on a Mac, and I suspect I’ll write the rest on one, too. Every day I Apple’s stuff it brings me some kind of joy, and it facilitates my creative and productive work.

All deaths are tragic, but when people die young, as Steve did, it reminds me that you have to pursue your dreams and your duty–your unique *dharma* in this world, with passion and determination now. You have to live, and work, and love, with decisiveness and intensity, because every day could be your last.

I have the utmost gratitude to the universe for bringing us this guy and the stuff he helped make. Life goes on, but we just lost a titan.